Odegaard Set To Hold Crunch Talks With Zidane About His Future

Arsenal’s January loan signing Martin Odegaard who signed from Spanish La Liga giants Real Madrid is reportedly more than willing to hold crucial talks with Madrid boss Zinedine Zidane as he looks to iron out things with the manager amid his interest in prolonging his stay at Arsenal. Odegaard has reportedly revealed that he would buy into the idea of extending his stay at the Emirates Stadium as long as Arteta remains the manager at the club. 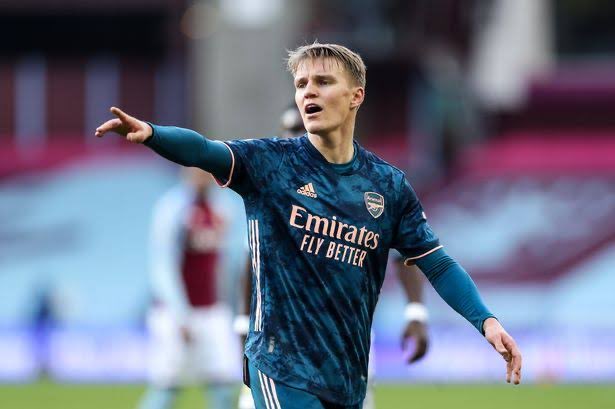 The young midfielder wants to hold talks with Zidane to know if he still has any shot at making it to the Real Madrid first-team lineup and wants to know as quickly as possible so he can continue with other plans. He also wants to hold discussions with the Madrid manager about his stay at Arsenal and has made his mind clear that he would like to extend his Arsenal stay if he won’t get the promise of becoming a starter at the Santiago Bernabeu.


Arsenal manager Mikel Arteta is also more than willing to tie down Odegaard to a long-term contract and will try to convince the player that he has a huge role to play in North London if he eventually decides to quit Real Madrid.

Zidane has not been fair to Odegaard and has not handed the midfielder enough chances to prove himself with the Madrid first-team despite the brilliant campaign he had with Real Sociedad last season. Odegaard, 22, has not yet been able to show how much of a good player he is since moving to Arsenal but has performed brilliantly on some occasions for the Gunners so far this season.

But with the midfielder set to get words of assurance from Zidane, he may be quitting the Gunners if he is promised more game time at Madrid.