JUVENTUS: GABRIEL IS A TRANSFER TARGET

Arsenal defender Gabriel Magalhaes is a target for Italian Serie A side Juventus. This is according to various reports in the Italian media. Sky Sports Italia and Sportitalia have reported that Gabriel is the most likely option for Juventus in their quest to sign a new defender. The Arsenal player is a target for the Old Lady in their quest tosign a replacement for Matthijs de Ligt. 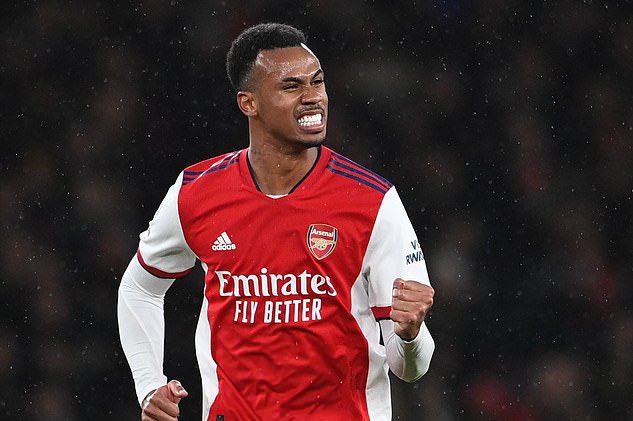 German champions Bayern Munich are massive favourites to sign Dutch international de Ligt ahead of Premier League side Chelsea as the player is keen to sign for the five-time European champions. Bayern have already agreed a salary worth £12m on a yearly basis with the player and they are in negotiations with Juventus to reach an agreement on a transfer fee for the Dutchman. The Old Lady want around €90m to €100m for de Ligt and they have already turned down an opening Bayern bid of €70m including €10m in add-ons.

Arsenal star Gabriel is the most likely option for Juventus in the bid to sign a replacement for de Ligt ahead of other options such as Napoli player KalidouKoulibaly , Gleison Bremer of Torino and AS Monaco star Benoit Badiashile. They are the defensive options on manager Maximiliano Allegri’s radar, but the list is gradually being reduced due to external forces.

Senegalese international Koulibaly has one year to go on his current deal at Napoli and he’s not keen to sign a new deal at the club. Koulibaly won’t join arch rivals Juventus if he leaves Napoli thus leaving Premier League side Chelsea as favourites to sign him.Torino defender Bremer was named the best defender in the Italian Serie A and he’s on his way to Inter Milan thus ruling him out of a move to Juventus.

With Bremer and Koulibaly out of reach for Juventus as things stand, Gabriel appears to be the most likely option for the Old Lady, but he won’t be for a little transfer fee. Juventus might need to pay around €40m to sign him. AS Monaco star Badiashile is also an option with a €30m asking price.