Giovanni Simeone could be on the move this summer as Hellas Verona are open to selling the striker for a profit. According to AS, the Argentine striker could cost about €20 million in the current market, with Arsenal and West Ham United mentioned among the interested parties. Giovanni Simeone has repeatedly proven how good a goalscorer he can be. The Argentine’s 17 goals for Hellas Verona was the fourth-best in Serie A, and the tally has caught the attention of a few big clubs in the continent. 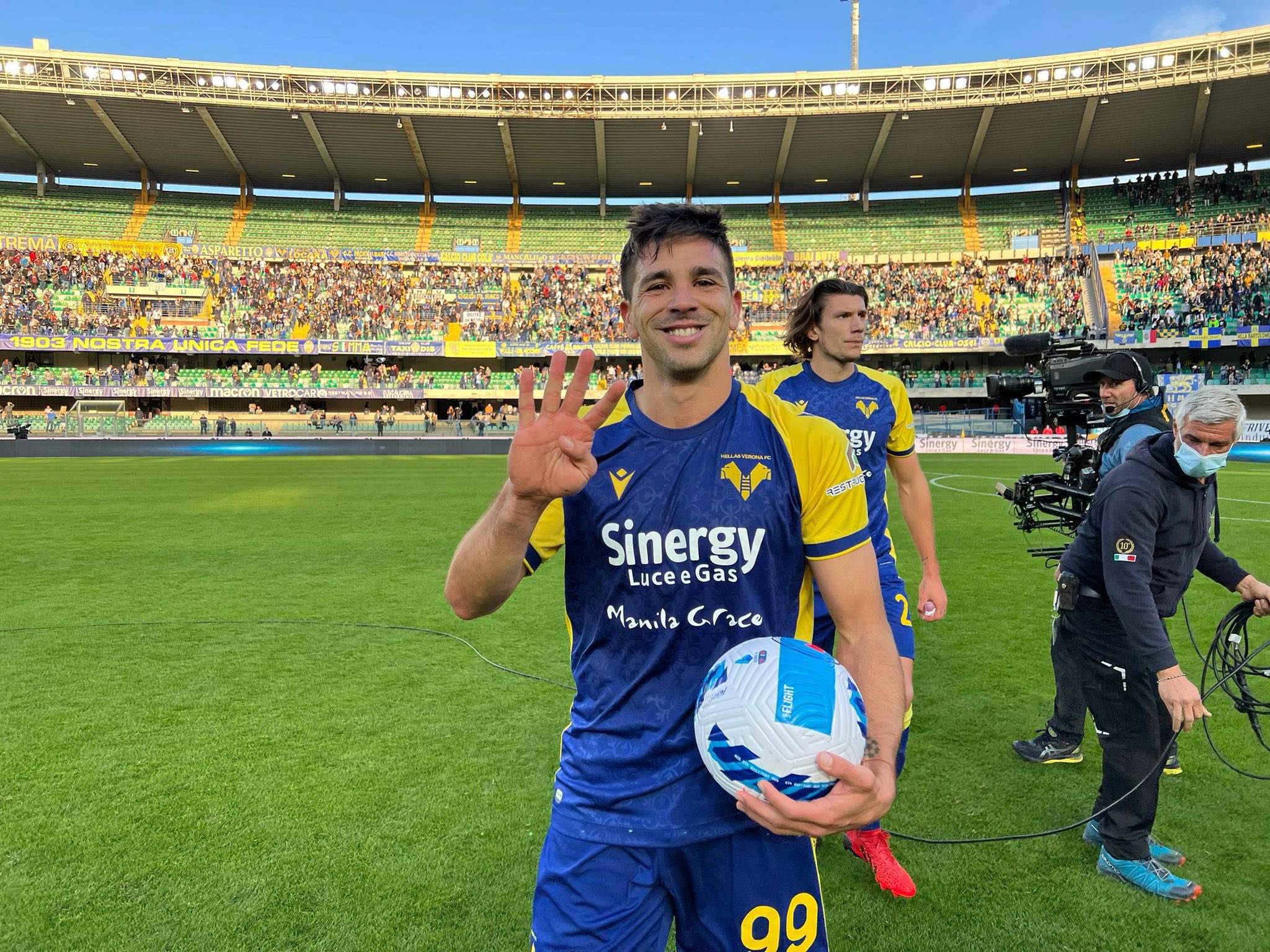 The 26-year-old has spent considerable time plying his trade with mid-table Serie A outfits such as Fiorentina, Cagliari, Genoa and now Hellas Verona. Despite his decent record in front of goal, no big clubs have taken their chances with the Argentine yet, although that stance could change this summer. Hellas Verona exercised their €10.5 million buy option on the Argentine striker, but the Serie A outfit could be open to selling him for a profit if reasonable offers arrive. Arsenal and West Ham United have been mentioned as potential suitors, but the Argentine is one of the many options on the short list of the London sides.

Arsenal were mentioned with an interest as Mikel Arteta expanded his striker search into the Italian market. It is believed that Gianluca Scamacca is the forward the Arsenal boss seems to be interested in, and the Italian media decided to insert Simeone’s name in the process. The Gunners may not be interested in him after all, as Arteta considers Gabriel Jesus the priority target for the role. Arsenal are also keeping tabs on other players in the position, and it is doubtful whether the manager will consider the Argentine as an option.

Meanwhile, West Ham are also listed as potential suitors as David Moyes leads his striker search. The Londoners desperately needs an alternative to Michail Antonio, and Simeone has reportedly been offered to them.