Arsenal have reportedly won the race to sign highly-rated teenage forward Gabriel Martinelli according to news from Brazil. Martinelli has been impressive for Sao Paulo outfit Ituano and had caught the eye of several clubs in Europe. 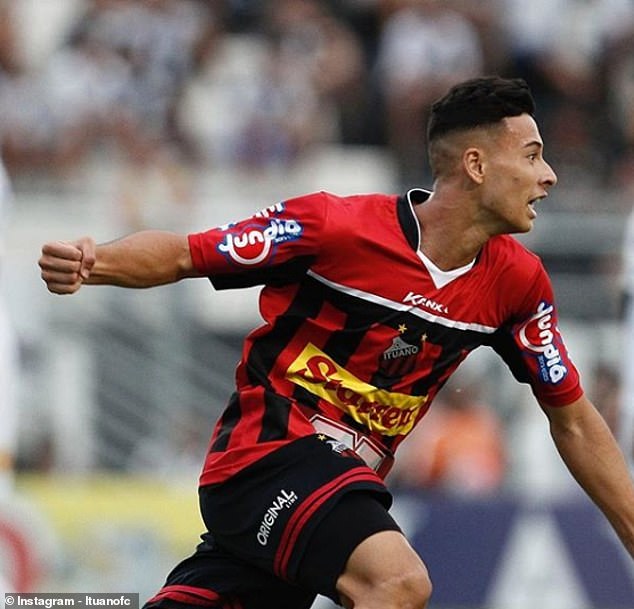 According to the report, the Gunners beat the interest of over 20 clubs to sign the highly rated forward. It is understood that the player has reached a verbal agreement to join the club in the summer and a transfer fee of around £5 million would be paid to Ituano.

Martinelli is no stranger to England as he was on trial with Manchester United two years ago and made an appearance in a youth game against Lincoln City. He failed to earn a contract with the Red Devils who decided not to sign the player.

He subsequently returned to Brazil and has become an important player for Ituano. Blessed with pace and an uncanny ability to beat opposing defenders Martinelli is one to watch out in the coming years. Arsenal is a good destination for the player as the London club has a good track record of promoting youth players into the first team.

Alex Iwobi and Hector Bellerin are good examples of youth products who have made the grade into the first team. Martinelli would be looking at both players as a source of inspiration when he makes the move to the club.

It is understood that the Gunners are waiting for the player to obtain his Italian passport which is expected to happen in a month time for the move to be finalized.  His agent Marcos Casseb recently gave an interview in which he acknowledged the player’s dream to play in Europe.

According to Casseb, the player has developed quickly in the past year and a move abroad is the best option for him. Martinelli has scored 10 goals in 31 matches for Ituano.