In a news that would be very disappointing to most Arsenal fans, manager Arsene Wenger has revealed that striker Nicklas Bendtner will be an Arsenal player for at least one more year. The striker made some derogatory comments about the club a few years ago, while also saying that he would not play for the club again.

This has resulted in loan moves to Sunderland and Juventus in the last two seasons, but he has been least successful in them. This has been a very frustrating transfer window for Arsenal, as they have failed to secured any of the transfer targets so far.

As a result, the club has come to an agreement with Bendtner that will see the Danish striker stay at the Emirates stadium for another 12 months. Arsenal allowed the likes of Marouane Chamakh to leave the club in this transfer window. This has left them with only Lukas Podolski and Olivier Giroud as the main strikers. Wenger has been trying to get players like Gonzalo Higuain and Luis Suarez in this transfer window. Since those attempts have ended in failure, the club will now be concentrating their attempts on getting the best out of Bendtner.

According to william hill online bookmakers, Bendtner’s inability to accept a pay packet lower than £ 55,000 per week is also believed to be a reason behind the failure to move. 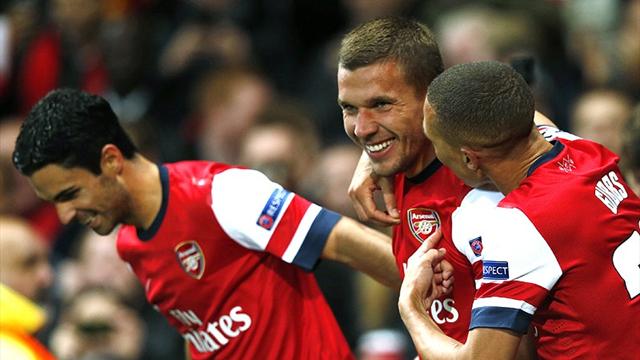 “The chance for Bendtner to leave now is very small. If he comes back well and gets fit, I will use him,” said Wenger ahead of the transfer deadline day. It is now expected that Bendtner will get back into the Arsenal first team squad after the international break. The form of Olivier Giroud, though, is likely to keep Bendtner on the substitutes bench more often than not. Giroud has become the top scorer in the Premier league after a great start.