Arsenal can land Alexandre Lacazette for £60m this summer

Arsenal will have the opportunity of landing Alexandre Lacazette in the summer with Lyon having given up on keeping hold of their star man. 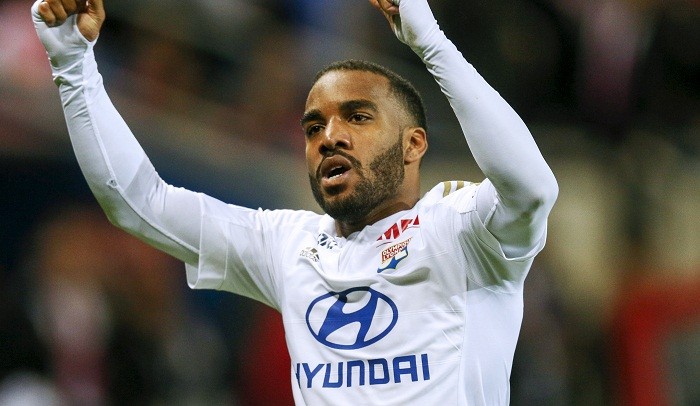 The France international is lining up a fresh challenge in a new league after proving himself on a seasonal basis for Les Gones. Lacazette has bagged over 20 goals in each of his last four campaigns, and he is now eager to push himself further in a bigger league.

According to The Telegraph, the Gunners could sense a chance of landing the frontman following negotiations between manager Arsene Wenger and Les Gones’ hierarchy in Nice last week. The 26-year-old had previously hinted that Champions League football could be key to his move with Atletico Madrid being his prime destination.

However, with the Spanish club failing to overcome their transfer ban, the striker has had a change of thought as he eyes a lucrative wage package at a club where he would be deemed as a regular in the starting lineup. Lacazette has come through a 37 goal season with his hometown club, and he is said to be frustrated with the lack of progress at Lyon when compared to their rival teams.

Gunners boss Arsene Wenger has promised to take the Gunners back to their olden days following his contract extension, and emphasis is on bringing a new striker, who could provide the cutting edge on a tough trip away from home. Alexis Sanchez was hugely instrumental with his 30 goal last term, but the club face an uphill task of keeping him amid his reluctance to prolong his stay beyond next season.

Arsenal have been regulars in the Champions League under the Arsene Wenger era, but they face a whole new challenge next term as they embark on their first ever challenge in the Europa League.